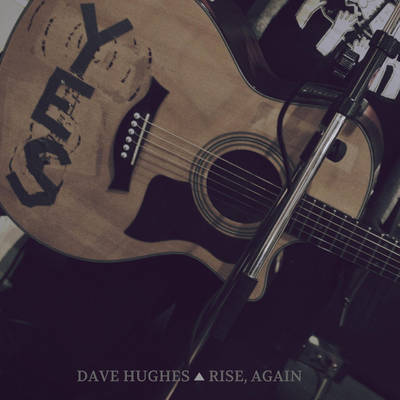 Monday 30th of March will see the release of “Rise, Again”, the forthcoming politically charged, punk influenced, folk album from Glasgow’s Dave Hughes (Different Circle Records). It contains ten new tracks across diverse subjects: The title track is a call to arms in the wake of the Scottish Referendum, lead single “Freedom of Something” deals with protecting freedom of speech, and “Joe Strummer’s Black Cars” raises issues with political activism in general. The collection is balanced out with upbeat songs of personal luck, courage and ineptitude at keeping secrets.

Lead single, Freedom of Something, is out now, available on pre-ordering the album. A video for the single has also been released (links below). “I spent sometime in France in the aftermath of the Charlie Hebdo shootings and I heard a lot of political posturing on both sides of the argument. This helped me to crystallize where I stood on the issue, and before I knew it I had written Freedom of Something”

With longstanding backing band, the RFPB, on a hiatus, this album is a further exploration of his influences around the riotous ‘folk-punk’ that he is known for around the UK. Explains Dave: “There are some piano driven tracks here, and also quite a few drum machines and synths. Not in a cheesy 80s way, but perhaps more of alt-indie like The Postal Service or Carter USM. I don’t even play an acoustic guitar on the first single – a first for me!”.

Gareth McNicol (Hearing Voices Movement) returns as engineer after 2014’s Doctors and Dates mini-album, but with an expanded producer role. Dave notes: “Gareth is able to experiment with many more ideas of how computers can make music than I am experienced with. He managed to convince me that a drum machine might work here, or a synth there, or to ditch the acoustic guitar altogether”.

Dave Hughes will be promoting the record with select solo UK acoustic shows throughout March/Aprl before heading to Europe at the end of April.