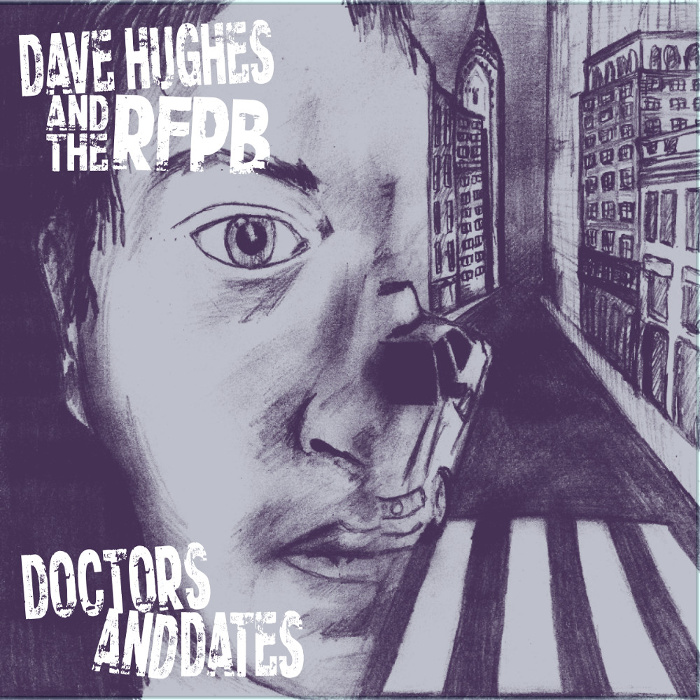 About Doctors And Dates

Pounding opener “City of Us” sets up the mind as a city on the verge of collapse, while the New Jersey sounding title track cuts right to the heart of confronting your own fears of the unknown.

“Luath St Stories” is a mini folk-punk opera acted out on the streets of Govan in Glasgow where, amid self-doubt and ultra-violence, a silver lining can be found. All wrapped up in the catchy and singalong choruses that the RFPB have became known for up and down the country.

About Dave Hughes & The RFPB

Dave Hughes is a riotous folksinger who has had his music described as ‘punk rock political folk songs’. Dave tours the UK twice each year, and has shared bills with many established artists such as Frank Turner, Larry and His Flask and The Wonder Stuff