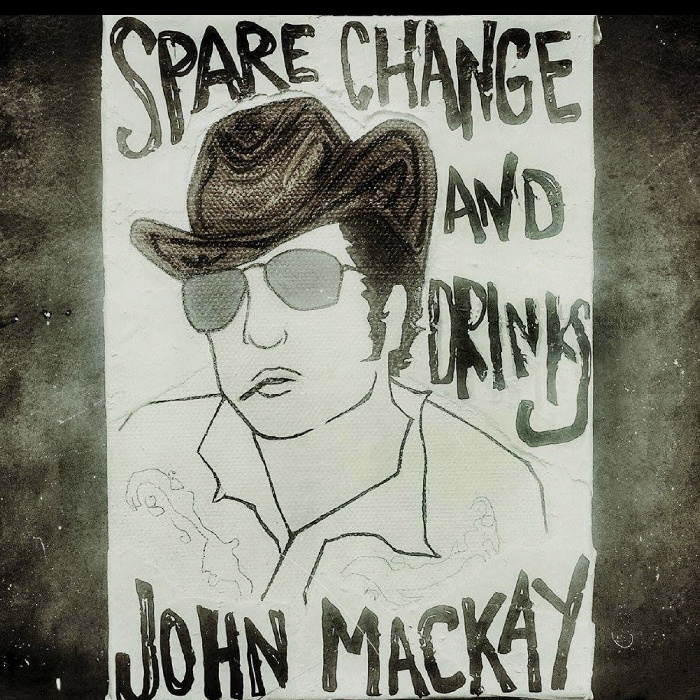 About Spare Change and Drinks

Featuring four tracks of love and hard times, a singer-songwriter’s usual tool of acoustic guitar won’t be found on this record, with banjo, stompbox and fiddle in its place. This record will appeal to fans of Charlie Parr, Gillian Welch, And the Devil Makes Three, or Old Crow Medicine Show.

Lead single “16 Times Around” sets the scene of the record with its claw-hammer picked banjo and travelling man lyrics, before the tempo is picked up by the pop sensibilities of “Simple Love“. A harsh but simple re-working of the traditional “Satan, Your Kingdom Must Come Down” plays out before the banjo returns, played like a fiddle, for the stunning EP closing track “Falling Faster“.

Different Circle Records are very proud to have released the old time Americana sounds of “Spare Change and Drinks” the debut EP from Glasgow’s John Mackay on 27 of July 2015.

All words and music by John MacKay except (3) which is Traditonal.
Banjo, Fiddle, Stompbox and Vocals by John MacKay.
Produced, Engineered and Mixed by Gareth McNicol.
Artwork by Brooke Mackay

Americana songs from the bars of the Southside of Glasgow. Banjos and fiddles feature strongly in John MacKay’s music.